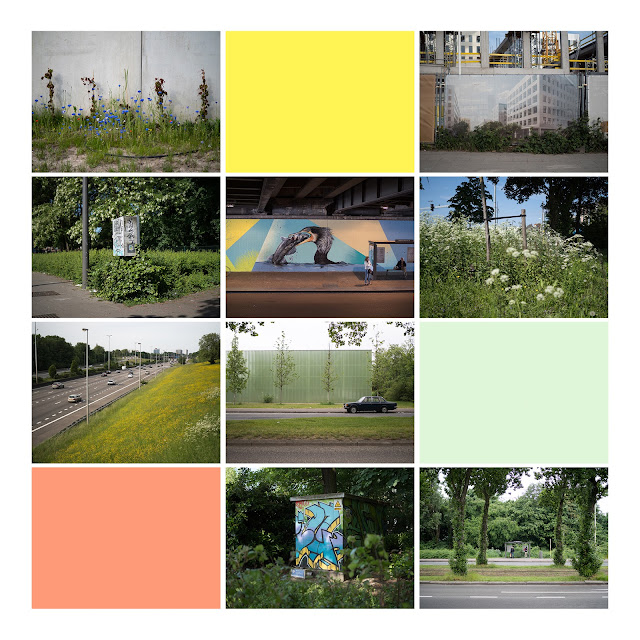 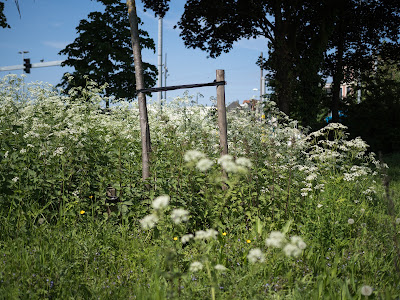 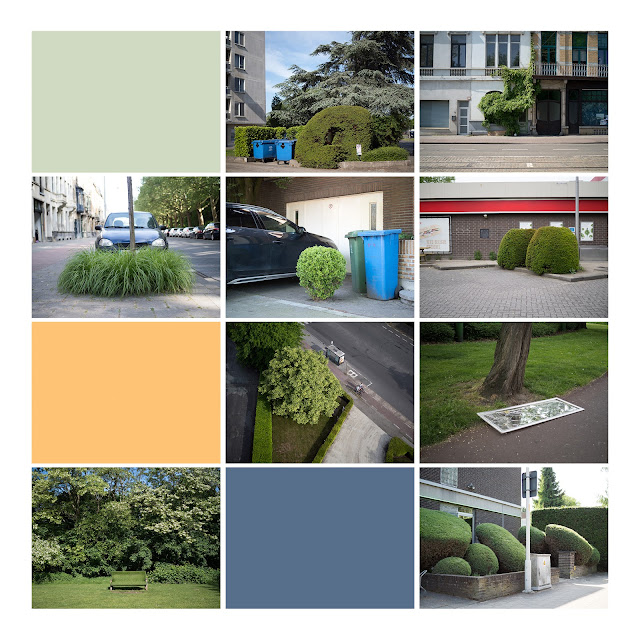 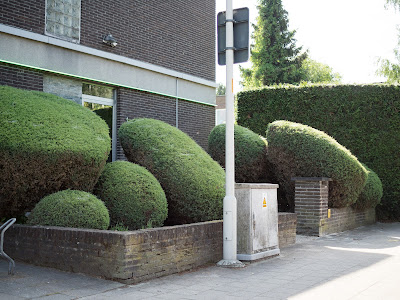 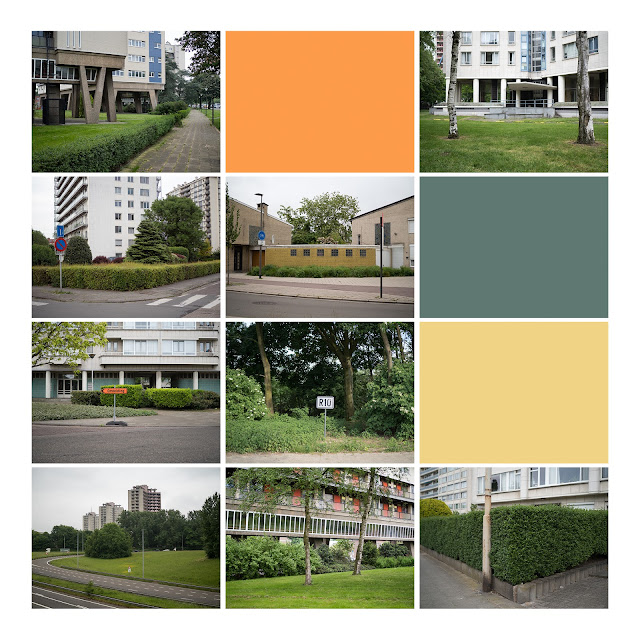 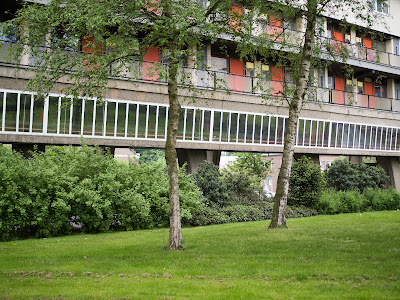 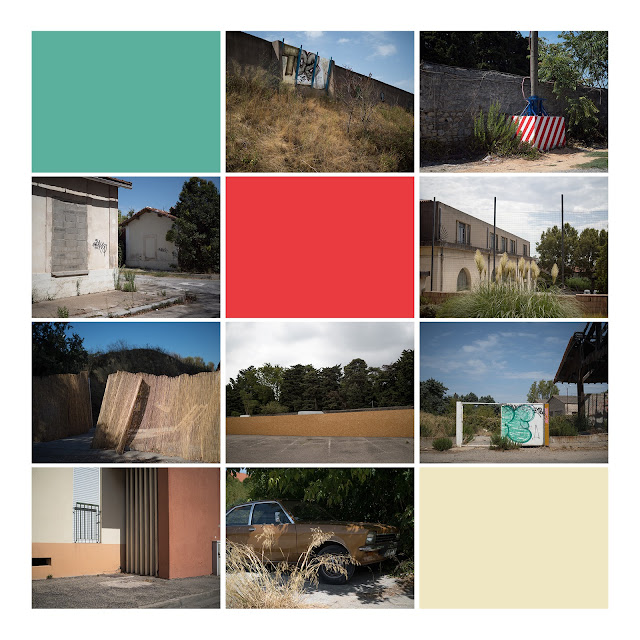 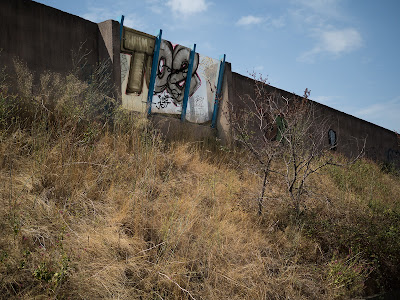 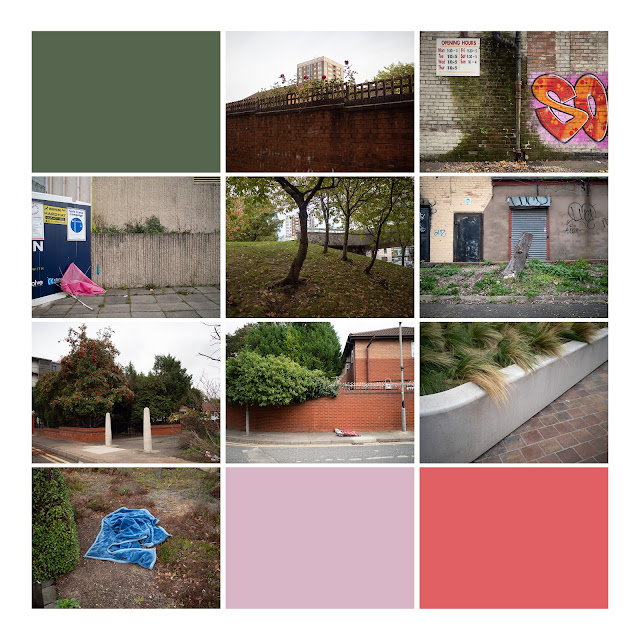 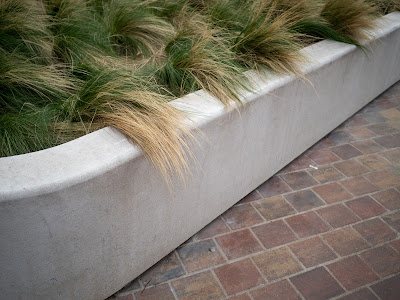 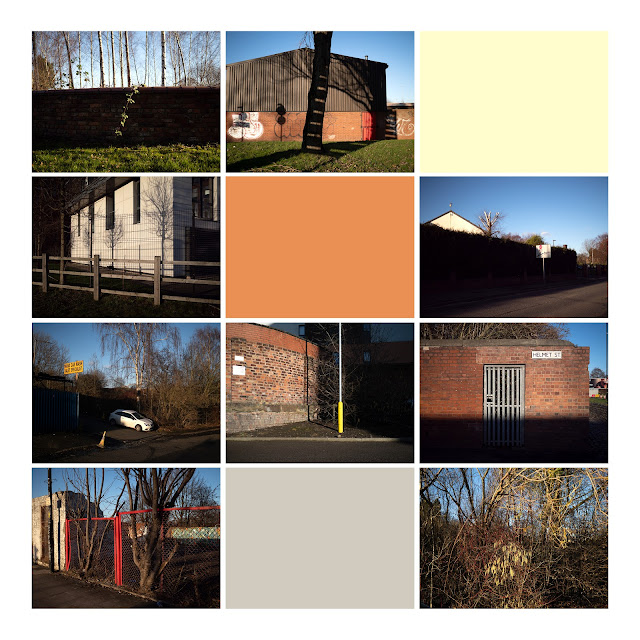 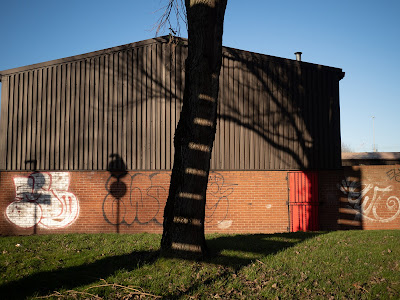 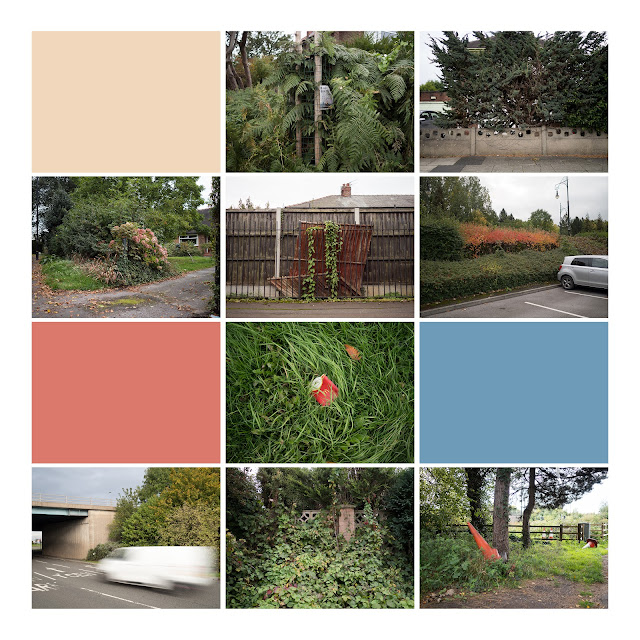 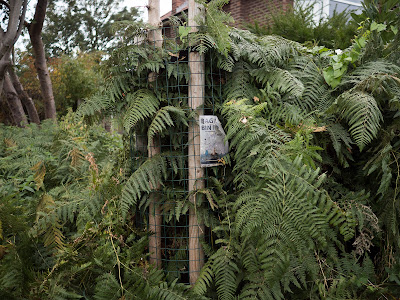 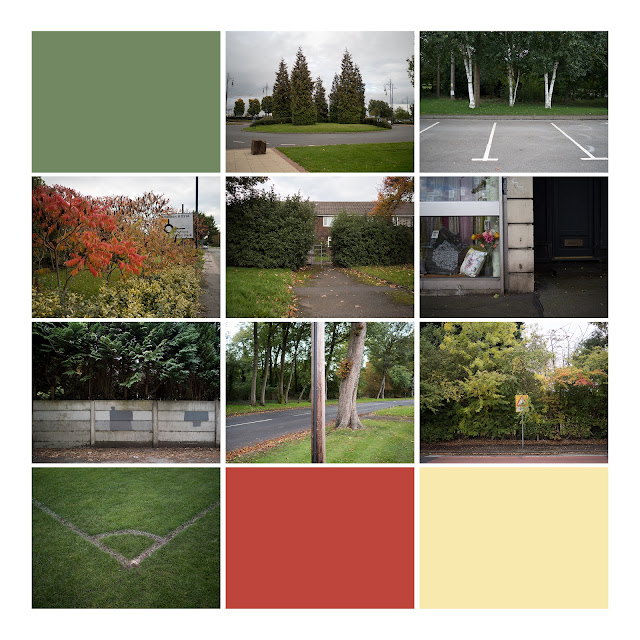 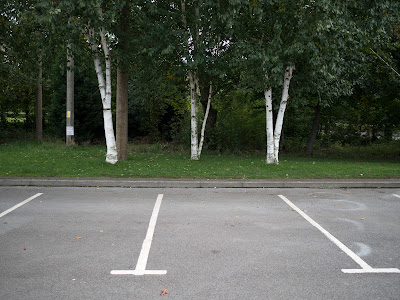 I glide in and out of cities every day, travelling by train between Manchester and Liverpool and back again. Two great industrial behemoths of the Victorian age, the first cities in the world to be joined by steam drawn passenger trains. Gazing out of the window I see the city become suburb, become industrial estate, become wasteland, become countryside. Evidence of man’s relationship with our environment litters the route; cranes going up, derelict buildings crumbling down, manicured hedges in back gardens and then an apple tree covered in an unreachable harvest, grown from a core thrown from a window years ago. Then we edge into the city. It is a collage, a collision of architecture, advertising, artificial light, of shop windows, street furniture, signs and directives. The intensity of human life and culture.

Inspired by these journeys, I have been exploring the periphery of towns and cities by foot, investigating the constant battle between nature and the manmade world. I’m using my camera to compile evidence, documenting a power struggle between the natural world we emerged from and the twenty first century human race that we have become. Every city is different and it would seem the periphery reveals something of the wealth, attitude and governance of the centre. Some cities fade slowly and remain cultivated for mile upon mile, others dwindle quickly into periphery and neglect, passing control back to nature. Accidental
tableaux present themselves, bucolic scenes emerge from the urban commotion, but nothing is standing still, everything is gradually changing. Sometimes that change is a result of human intervention, sometimes it is nature reclaiming a space.
The end result of each trip is a collage, a short story of our relationship with nature, a visual narrative based on my observations of the periphery of a town or city that also acts as a meditation on the light and the season. My artistic manipulation of the final collage of images and graphic colour blocks is an attempt to inject my own story and experience into the work, recoding and retelling the story of an urban centre.