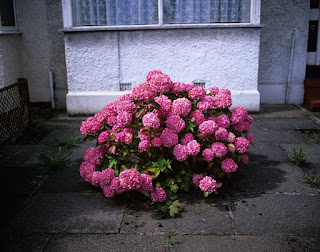 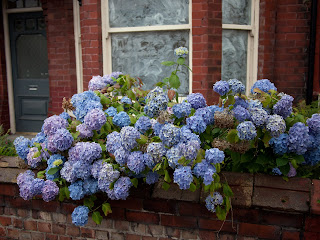 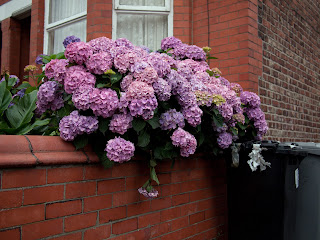 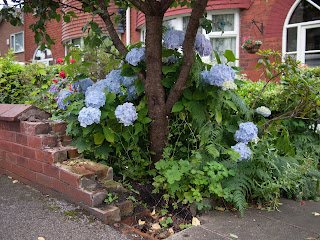 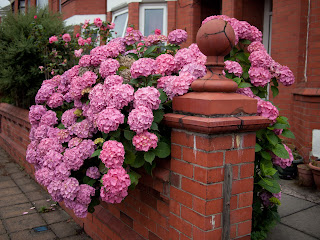 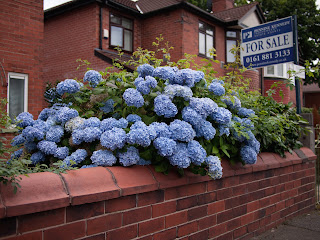 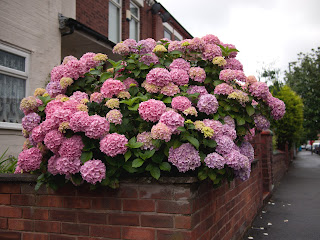 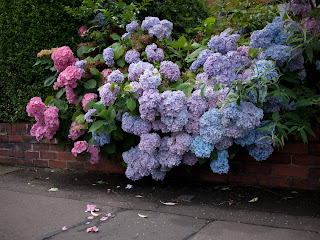 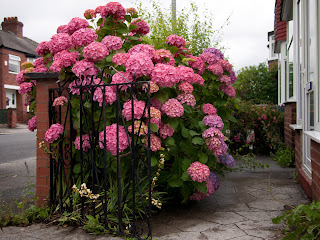 My home, the starting point for these photographs would have been rural land 150 years ago. I live in the curve of south Manchester, between the city centre and Trafford Park. The areas have names borne of rustic charm,now associated with urban life: Stretford, Old Trafford, Chorlton, Whalley Range, Ordsall and Hulme. In 1894 the Manchester Ship Canal opened, and the adjacent land know as Trafford Park was quickly transformed from a thousand acres of woodland into the world’s first and largest Industrial Park. Over the next 20 years the small villages of South Manchester saw the rise of thousands of redbrick terraces to house the workers of nearby factories.  I’m interested in the relationship between mankind and our environment. This summer I walked the streets of the areas wrapped around Trafford Park, documenting the small domestic front gardens that were the main pockets of ‘nature’ left in this area once so green. This also happened to be the wettest summer on record; as a consequence the Hydrangea was flourishing thanks to its genetic disposition for moisture.  This imposing plant led me on a tour of the streets, hunting down pink and blue creatures, the intense colour of the Hydrangea offering a kind of hope to city dwellers, fleeting as it might be. The Hydrangea colour is a response to its environment, if the pH of the soil is changed its colour adapts (below 6 =blues, above =pinks), a metaphor for our own relationship with our surroundings.