Yesterday I travelled over to Liverpool for my third visit to the 2012 Biennial. One of the venues is the now disused Royal Mail sorting office, a massive space still full of the paraphernalia of getting letters and parcels to their recipients. In fact the space was much more exciting than the New Contemporaries exhibition it housed, which seemed shallow and meaningless next to the evidence of working lives lived. The high panoramic windows reveal a slither of the Liverpool skyline, partially obscured by glass coverings. So the picture I chose to make was one of the two Liverpool cathedrals, the 1960's Catholic version, in strong scouse sunshine. 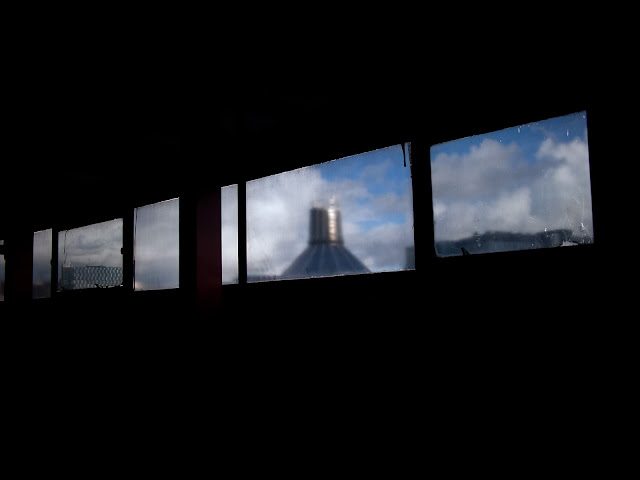