I've been thinking about the exotic recently which might seem odd as I was walking down the Kings Road in Stretford at the time. However I was wondering if what is ordinary to me is exotic to someone else, after all familiarity breeds contempt, apparently.

I was pondering on the fact that Sally Mann, William Eggleston and a range of other American photographers document the 'local', the things they see everyday and are all around them. To me their pictures take me somewhere else, to places I've not been and so I was wondering is South Manchester a curious novelty to people in other continents? Just at that moment I reached a bridge that I've never noticed before, that crosses the tram tracks running parallel to the road. It is behind the houses so quite discrete, but the light was such that it's strange dated Metrolink colour scheme was glowing. As I walked across it I realised it was covered in Morrissey and Smith lyrics and other related graffiti. A light bulb came on in my head as I remembered Morrissey had lived on the Kings Road and it was for many a very exotic place. 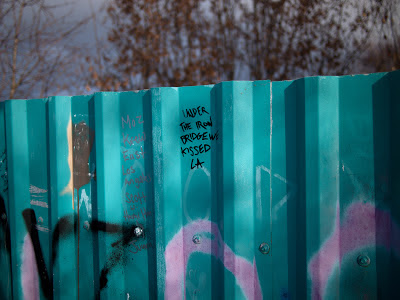 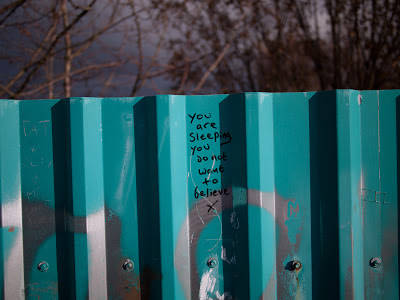 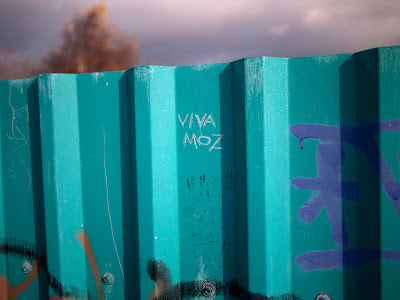 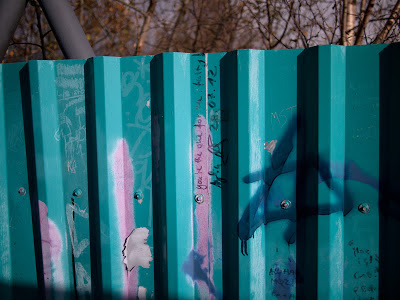