I thought I'd share an ongoing project with you, which I admit is a work in progress.


For nearly a year now I've been sampling colours from my photographs as I make them and then incorporating this colour as an integral part of the finished picture. My work has become quite diary like as I always carry a small digital camera with me and I record whatever I feel instinctively drawn to. So there is a process of observing the surface of the world, framing and then photographing wherever, whoever, whatever is around me. This process continues when I get back to my computer as I can then continue to observe, only this time I'm looking at the surface of the picture, the world already having been reduced from three dimensions to two. I've experimented extensively with which colour to sample and this is an on going thing, but generally I'm interested in how the colour influences or extends the feeling and reading of the picture. This gives me an element of choice, control and general artistic interpretation that feels quite fluid and instinctive. 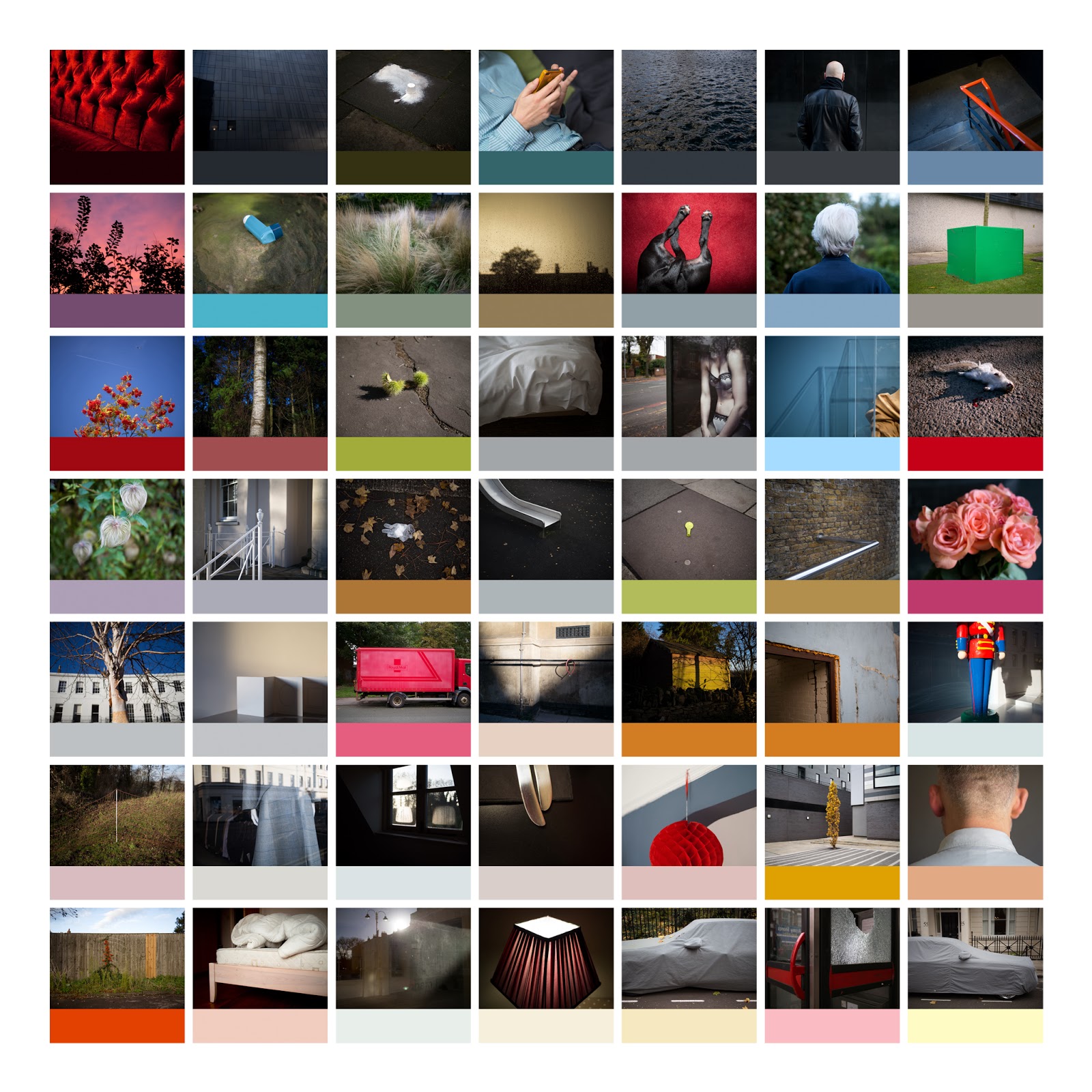 I'm interested in systems and the ways that we as humans try to organise or categorise the world around us. I suppose it is all about feeling in control. Taking photographs is like collecting, but instead of collecting physical objects like stamps or butterflies we collect fragments of time, scenes that have lined up for a fleeting moment. I am using colour to organise my world, by sampling a single pixel from a digital photograph I am extracting information from the fabric of the image and making it a marker for that picture. The colour of each pixel is known to a computer by it's hex code - a number language that enables humans and computers to communicate. So the hex code of the colour sampled becomes the title of the picture, for example the top left picture is #1b0309 and the bottom right picture is #fffbc6. I can then use these numbers to order the pictures, so they are laid out by the 'weight' of their sampled colour instead of the more usual, chronological order.

I'm still feeling my way and experimenting with these ideas but I like the curatorial role of the computer, and relinquishing some control to explore other readings of my pictures and my world. This connects with the work I did for Look/13 in Liverpool last year using Google Images to select and organise my work: