My dad has a theory that we are often fascinated by the era that came just before we were born. Maybe this is because you hear older family members reminiscing about this time with affection as you grow up and it takes on a magical aura. The 1950's and 60's have this allure for me. I love the aesthetic of this period, which seems to encapsulate a sense of optimism and innocence missing from some of the modern world.

I was a little over excited to say the least to stumble across aux Ciseaux d'Or in Brussels last week. I was with my friend Heleen and drawn in by the elegant typeface of the signage we crossed the road to inspect the window display, which turned out to be eccentric and stylish, furnished with curious vintage mannequins. Frustratingly the shop was shut but luckily returning to the car later in the day we could spy people inside. My multilingual friend used her charms to get us over the threshold where we found a perfectly preserved and functioning clothes shop. The shopkeeper was bemused by our interest and unflattered by our excitement but let me take some photographs anyway. She explained that her parents had run the shop since the 1920's and she had taken over in the 1950's. The mannequins were early 1960's. After a few minutes she lost her patience and announced she was locking up, so it was a brief glimpse but long enough to document it as it stood that day.

For those old enough to remember, a rather Mr. Benn experience. 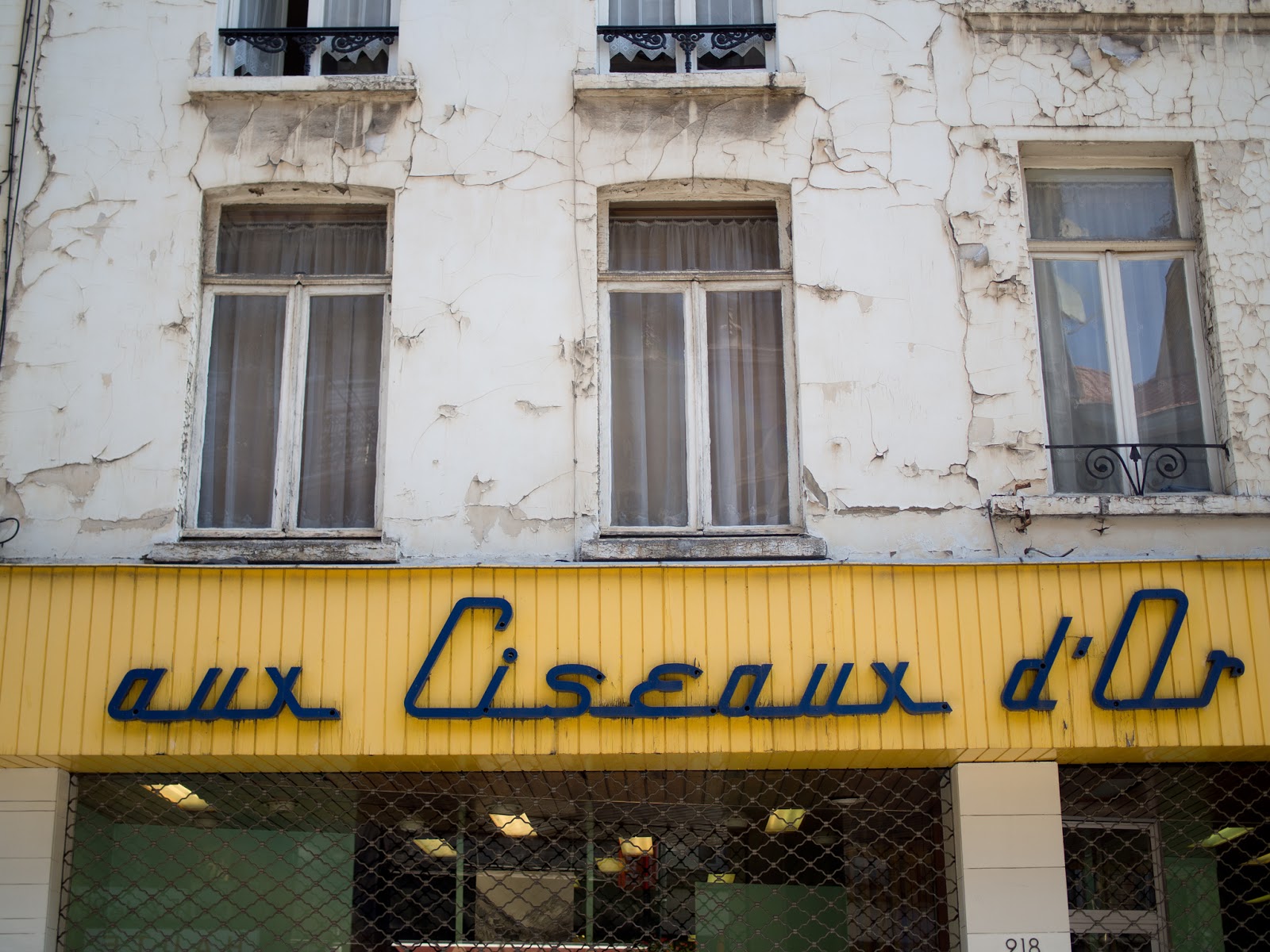 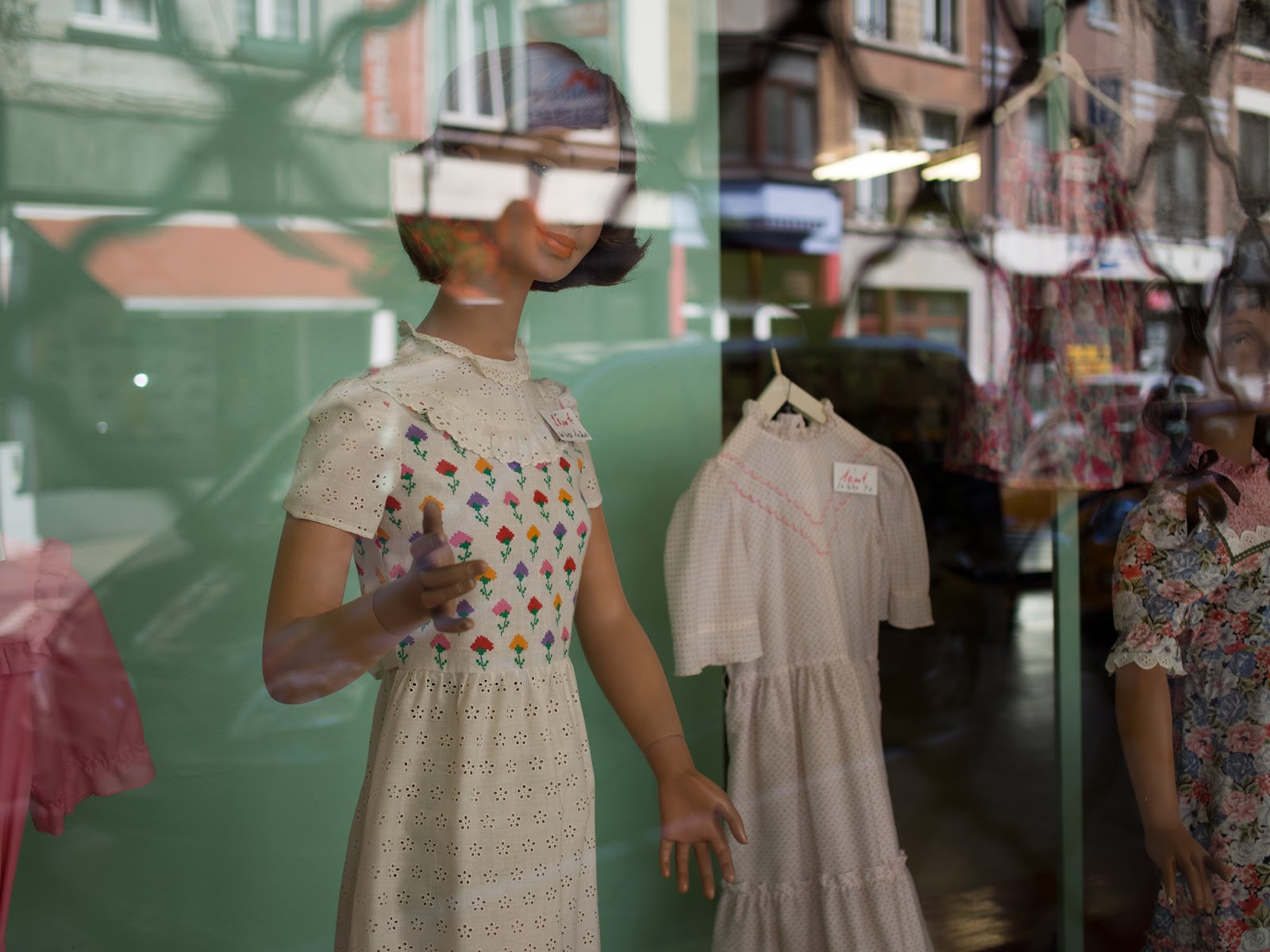 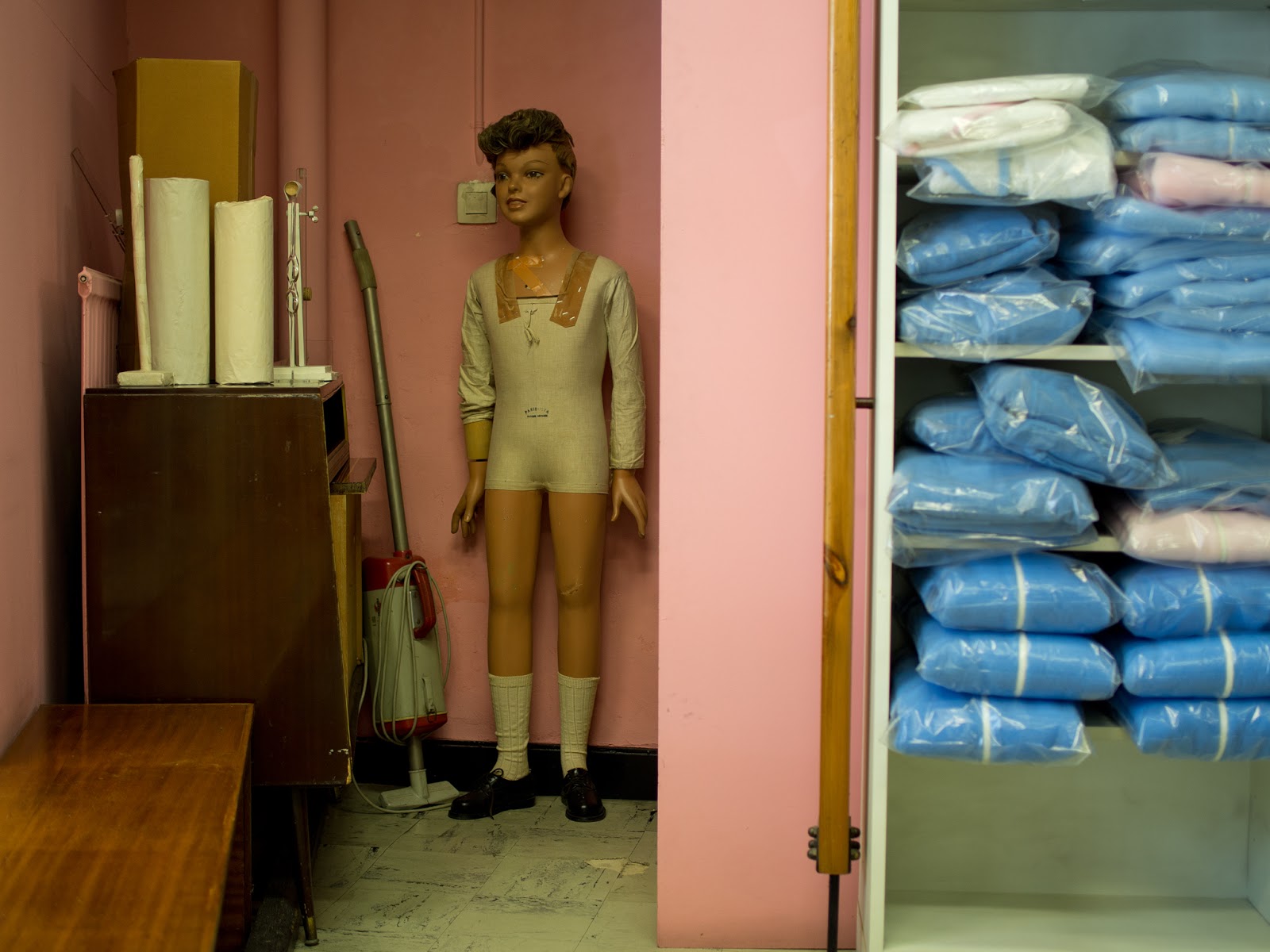 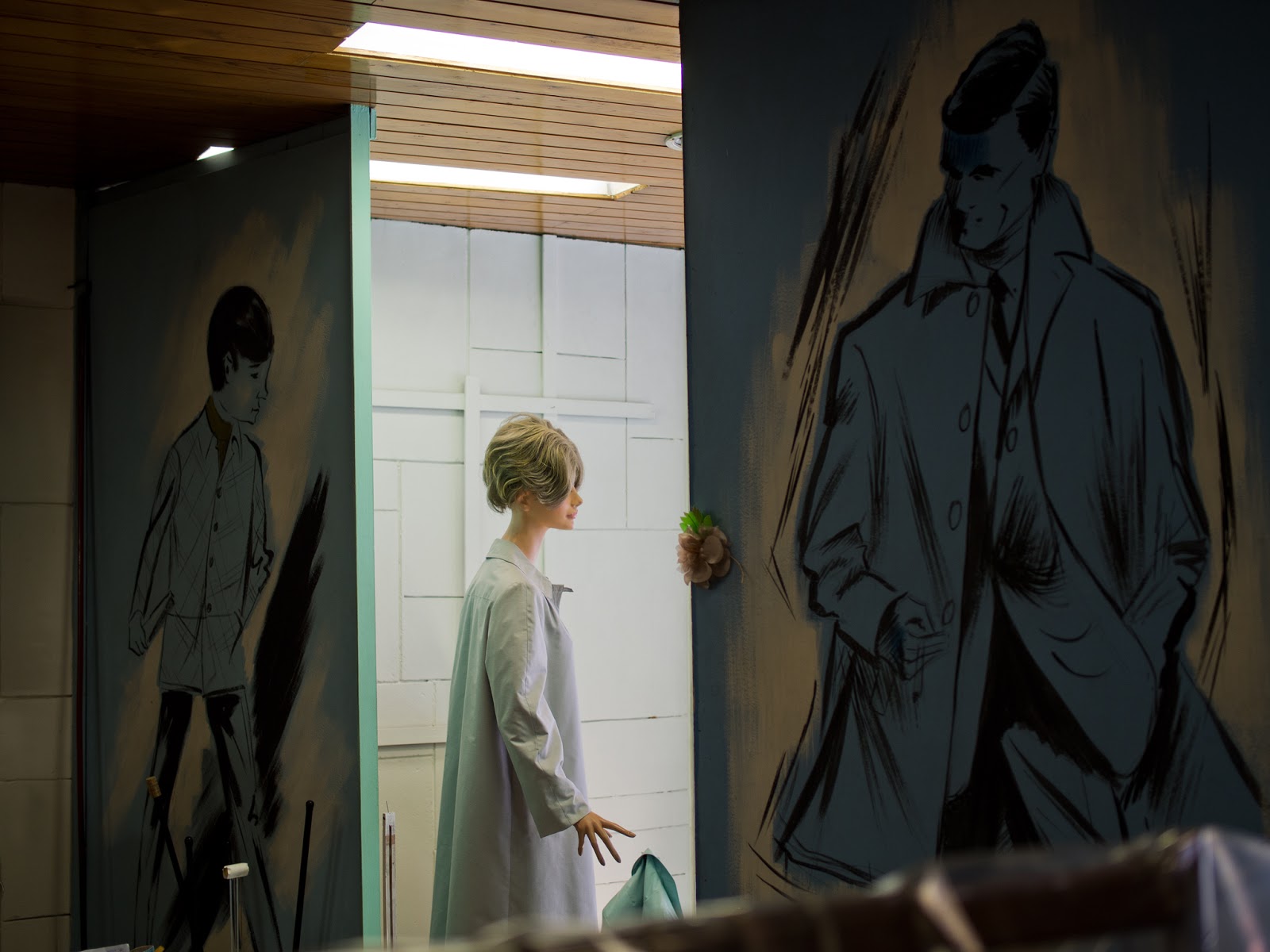 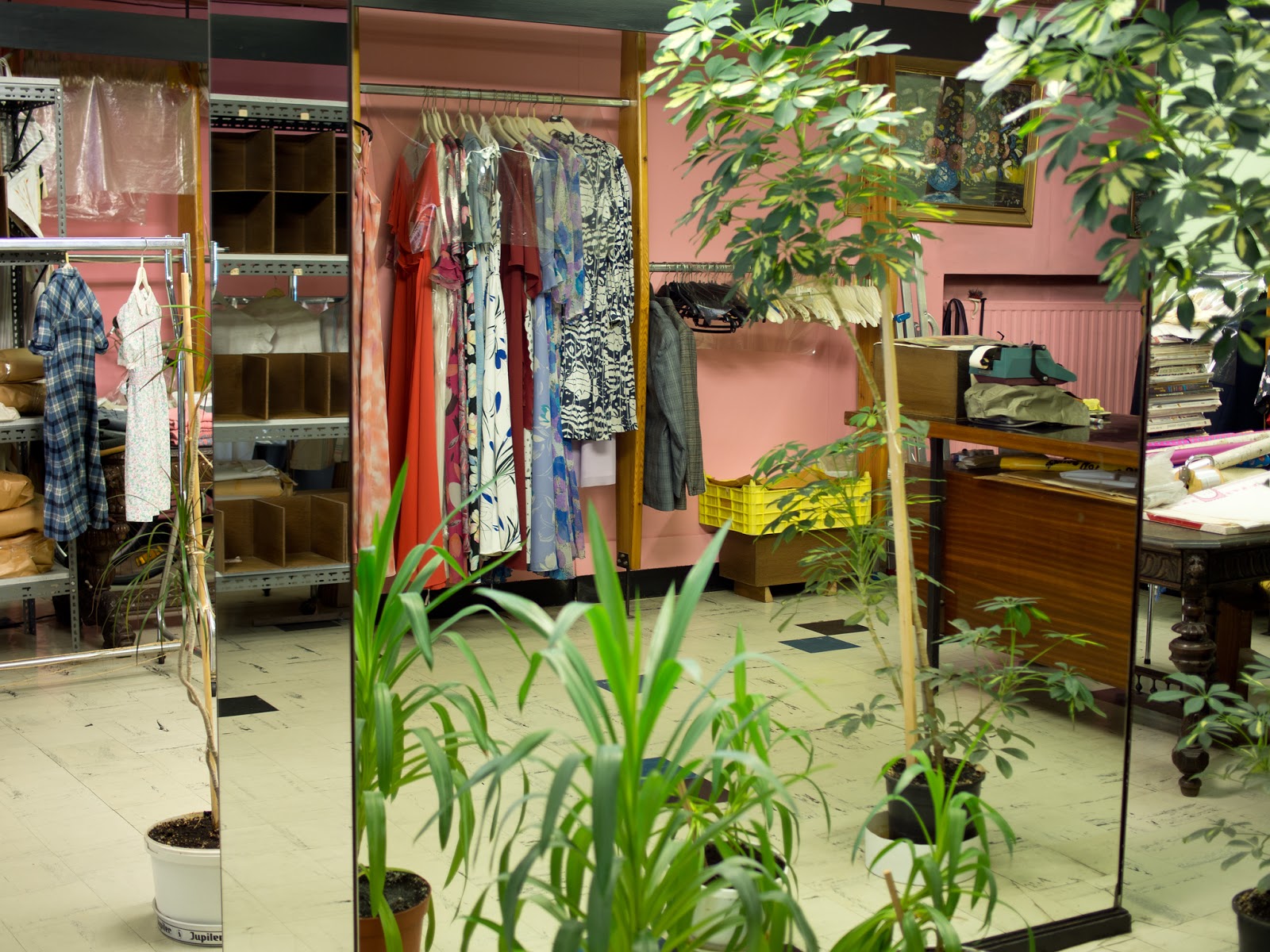 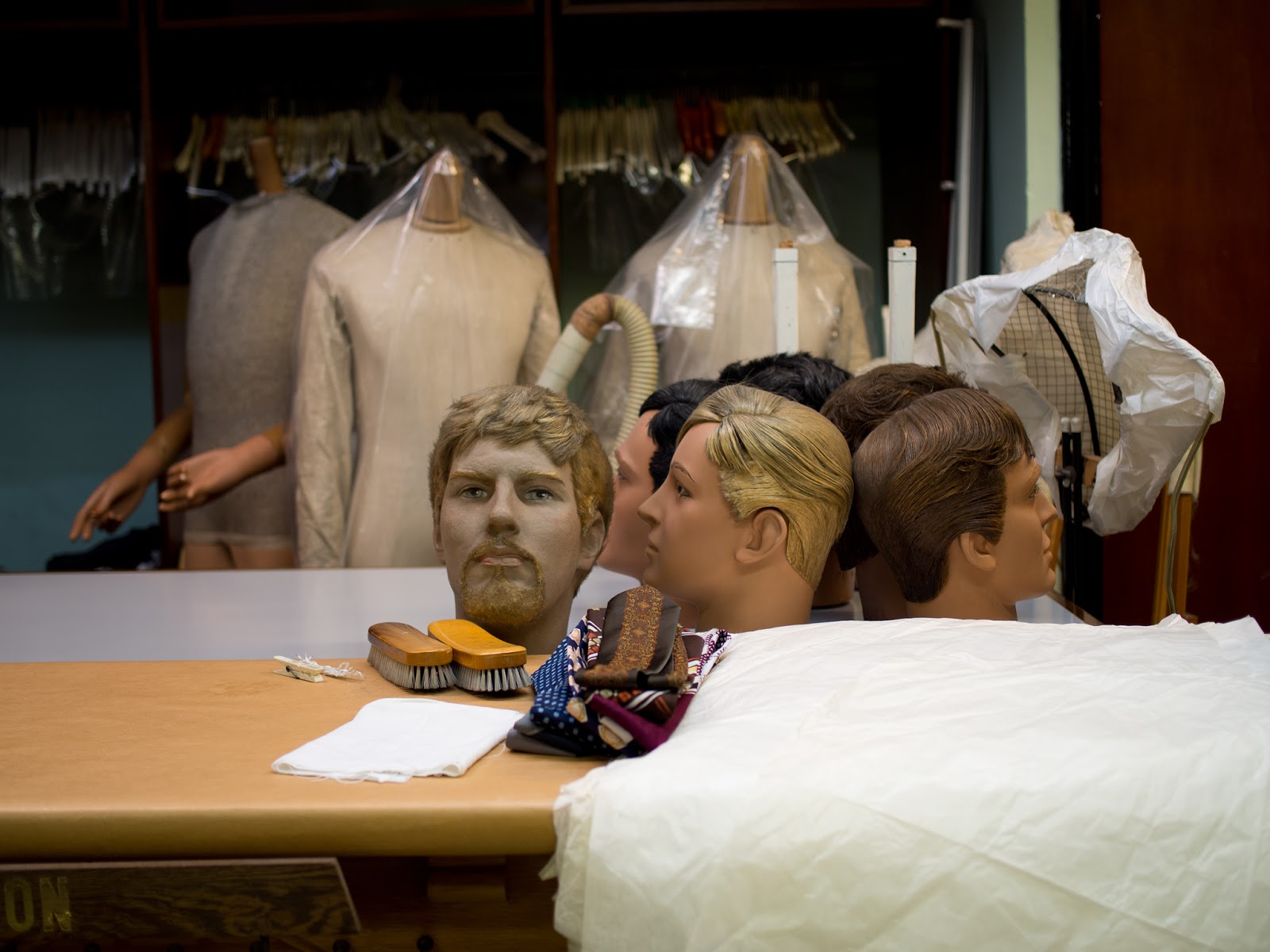 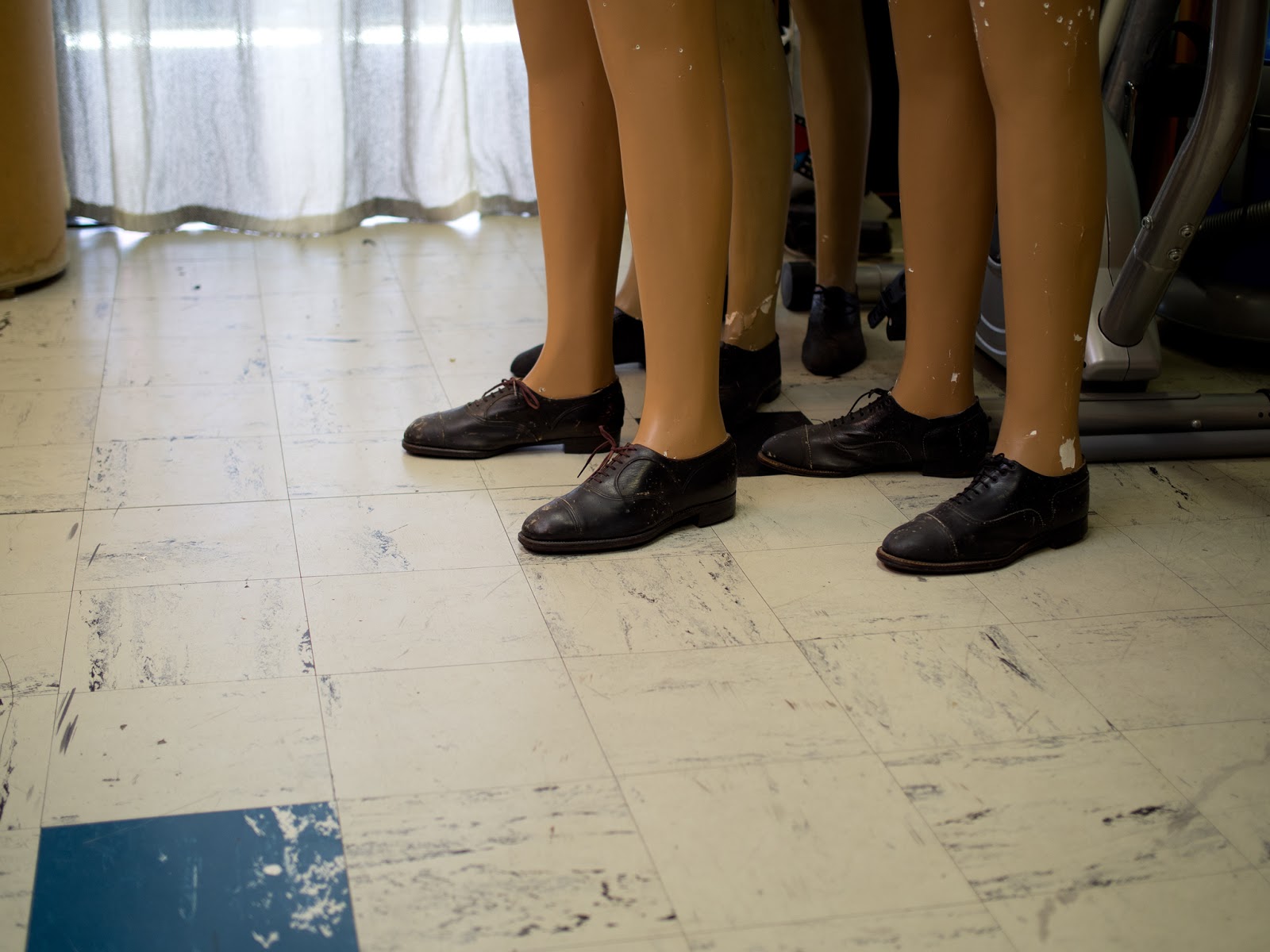